We are a retired British couple who bought some land in Risan in 2007 with the intention of building the first family house in Montenegro designed to German Passivhaus standards.

We have spent many years in the Western Balkans. Although in the eight years up to his retirement James was in the diplomatic world, his background and most of his career was industrial and commercial in Scotland.

Similarly, Anke’s former business was operating between UK and Germany at the high-tech end of aerospace and similar industries, though while being in the Balkans through her voluntary work with various NGOs she has become a social entrepreneur. 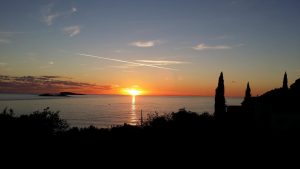 With life-long interests in the environment and ecology, we seized this opportunity not only to build a house for ourselves and our extended families, but also as a demonstration for Montenegrins of what is possible, practical, and economic while being at the forefront of sound environmental practice.
Because of this, in 2009 we were asked to help found the Green Building Council for Montenegro. The others (Montenegrins!) in the Initiating Group nominated James as Chairman, which transferred into President and Chief Executive of the GBC when it became a legal entity in 2010 (all unpaid of course) a role he held until 2015. Anke was also a key member, putting her considerable marketing skills to a new use.

Time goes on.    We finally managed to get the house built in 2013. Needless to say, this being the Balkans, things have not worked out entirely as originally planned!  It is 2017 now, we are slowly getting there, even our attempt in planning a Mediterranean garden is taking shape. Learning slowly every year about more climate change 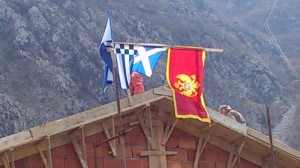 , losing a lemon tree is heartache, our bougainvillea curled up its feet but managed to rescue it.
Our EcoHouse Studio has been open now for a few years. It is now a spacious delightful 30 m2 Studio apartment, fully equipped, and also has a brand new kitchen now. Outside is a 35m2 tiled terrace, with an outdoor shower and a small pool, greenery everywhere, our jasmine plants have taken over various areas, and the fragrance in May is divine. Nightingales are busy singing their songs. It is a delight, peaceful, tranquil really to relax under the canopy of grapes and kiwis or watch looking up into the sky at some fluffy white clouds. 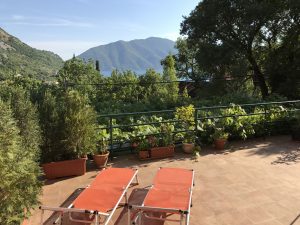 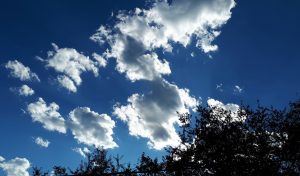 Our Scottish area with a view of Boka Bay and the mountains.

We are in 2022 now, the trees have grown, and our flowers with great care sometime perform a miracle, but when the heat is longer than usual little rain, it’s difficult.